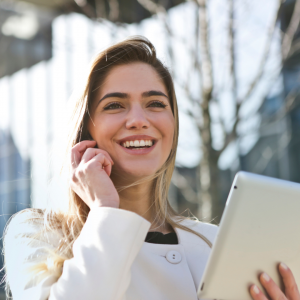 Here's a powerful case study on reversing extreme IBS/IBD. This will give you an idea of what a holistic approach looks like.

Whether you’re dealing with IBS, IBD, crohn’s, ulcerative colitis or celiac, there is hope for remission and control of your GI.

A year and a half ago a middle aged man came to my clinic and presented with one of the worst cases of IBD (ulcerative colitis) I’d ever heard of.  In a two month span, seemingly out of nowhere, he went from normal BM’s to 6 loose and bloody stools per day.

Through this, he lost his appetite, lost 30 lbs (was only 195 to begin with), he was severely fatigued and was told he’d need to take medications the rest of his life for what his doctor described as a “sunburned” large bowel from his recent colonoscopy. That was his way of saying your gut lining is inflamed and there’s nothing we can do about that.

This client, like many others, felt there had to be a better alternative to taking high doses of prednisone (40mg) and mesalamine the rest of his life. He didn’t like the long term side effects from drugs like these.

Not to mention, his severe ulcerative colitis wasn’t getting any better on these strong medications. His doctors were at a loss, to the point of recommending a new experimental drug, but that’s when this gentleman decided approach his condition differently.

That’s when he came to me. The first thing we did was run the gold standard stool test called a GI Map. This test analyzes the stool via DNA analysis and paints a very clear and accurate picture of underlying microbial imbalances that contribute to GI inflammation and issues. In contrast, a colonoscopy is useful to see anatomy, detect polyps and cancers which is all very important; BUT a good stool test shows a well trained practitioner more about microbial imbalances and the overall environment of the GI.

Fast forward 2 weeks into cleaning up his diet and adding some basic GI nutritional support and his 6 loose and bloody stools had decreased to 1-2/day in the morning only, compared to sporadic all day long. His energy was already improving as well.

When I saw him again at the 4 week mark, he said his stool was still normalizing and he hadn’t had a loose or bloody stool in the last week and a half.  That’s AMAZING!

After 3 months, he said he was happy to have a stable GI and he was pumped that his doctor was able to take him off all meds!! A year and a half later I’m still pleased to report this gentleman still has a stable GI and is managing his condition through food and nutrition.

In regards to digestive issues, whether moderate or severe like in this case, a high quality stool test can help a well trained practitioner discover root causes of GI inflammation.

Here's the recipe for success: Test, don't guess. Clean up the diet by avoiding trigger foods and support with healthy nutrition.

Click here to find out if you are a good candidate for this approach.

Prev:  6 Reasons You're Tired All The Time
Next: Still Skeptical About Gluten Sensitivity?