Mind and Gut: How Your Gut Could be Impacting Your Mental Health 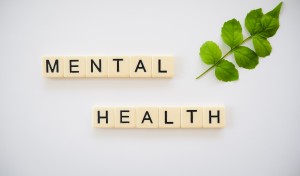 All of us have days when we feel great and days we don’t. Our moods ebb and flow, our productivity is a higher one day and not as good another. It’s called being human.

But what do you do when you notice that you are forgetting things often? When you can’t seem to concentrate at work? When you feel irritable and then emotional for no apparent reason? When your brain feels like it is covered in a thick layer of fog? When you feel exausted all the time? When you feel unexplainable depression and lack of motivation?

Admitting that you are dealing with these symptoms can be a scary thing. What does this mean about me? Do I have psychological problems? Are these the early signs of a major disease? Maybe you decide to google your symptoms: “is brain fog a symptom of anxiety” and “is forgetfulness a sign of early dementia or Alzheimer's?” and “how to naturally increase energy”. You’ll likely shut your computer feeling crazy or like you have only weeks to live. Not good.

But what if I told you that your brain fog, mood swings, forgetfulness, and lack of motivation and ability to concentrate, could be caused by a problem in your gut? No, not the little pooch below your belly button, but rather the wild and wonderful internal world of your digestive tract.

Maybe when you hear the words "gut health", you think about digestive issues, the microbiome, and potty problems. These are typically the things that most people think of when the subject of gut health arises. But there is another very significant aspect of gut health that science and research is just beginning to scratch the surface of understanding.

And that is the undeniable link between the gut and the brain.

At first glance, the gut and brain appear to be an unlikely pairing. They aren’t next door neighbors in the body and they seem to service two very different systems of the body. But there is an inextricable link between the two. Many refer to this as the gut/brain axis.

When you understand this strong connection between gut and brain, you will also unlock a key element in improving your mood, concentration, focus, and mental health.

Interestingly, it seems that humans have stumbled upon this rich realization by intuition. We say “I trust my gut” or “that was a gut wrenching experience” or “I feel butterflies” when you feel nervous or in love. Without overthinking it, we recognize that there is a link between our gut and brain, emotions, and moods.

Up until now, we’ve always believed that the trigger begins in the brain. You feel anxiety and it makes your stomach knot up. You experience intense emotions and it triggers irritable bowel syndrome. Oftentimes, this is the case.

But now we are understanding that in some cases, it could be the other way around. Problems in your gut could actually trigger emotions.

Scientists are beginning to understand that within the walls of your gut lies your second brain. The gut-brain axis is the bidirectional communication between the gut and the brain, or in simple terms “a two way street”. The signals along this axis can originate in the gut, the brain, or both. The vagus nerve is one of the biggest nerves connecting your gut and brain. It sends signals in both directions. Your gut and brain are also connected through chemicals called neurotransmitters which control feelings and emotions.

Neurons are cells found in your brain and central nervous system that tell your body how to behave. There are approximately 100 billion neurons in the human brain. Your gut contains 500 million neurons, which are connected to your brain through nerves in your nervous system. Take the neurotransmitter serotonin, for example. This contributes to feelings of happiness and helps control your body clock. Your gut produces a large amount, up to 95%, of serotonin, or your “happy” neurotransmitter.

Many of these neurotransmitters are also produced by your gut cells and the trillions of microbes living there. Your gut microbes also produce a neurotransmitter called gamma-aminobutyric acid, which helps control feelings of fear and anxiety. Scientists call this the enteric nervous system (ENS) - two thin layers of more than 100 million nerve cells lining your gastrointestinal tract from esophagus to rectum.

The primary role of this “little brain” in the gut is to control digestion as there is a lot involved in that process. Swallowing, releasing enzymes, and controlling blood flow for maximum nutrient absorption, etc. Maybe the enteric nervous system isn’t capable of thought as we know it, but it does effectively communicate back and forth with the brain.

According to Pasricha, M.D., director of the Johns Hopkins Center for Neurogastroenterology, “Researchers are finding evidence that irritation in the gastrointestinal system may send signals to the central nervous system (CNS) that trigger mood changes. These new findings may explain why a higher-than-normal percentage of people with IBS and functional bowel problems develop depression and anxiety. That’s important, because up to 30 to 40 percent of the population has functional bowel problems at some point.

The ENS may trigger big emotional shifts experienced by people coping with irritable bowel syndrome (IBS) and functional bowel problems such as constipation, diarrhea, bloating, pain, and stomach upset. For decades, researchers and doctors thought that anxiety and depression contributed to these problems. But our studies and others show that it may also be the other way around.”

This is a huge breakthrough.

Maybe you’ve felt like you’re crazy. Maybe you’ve wondered why your moods seem unstable or your brain can’t seem to focus and you’ve unfairly blamed yourself when you are simply dealing with a very real, physical issue in your gut.

Fortunately there are things you can do to heal, balance, and support your gut health that will have a profound effect on your mood, mental health, and productivity. There are tests you can take like the GI-Map and Microbiome (I explain the differences between the two in this article) that can give you solid answers on where things are going wrong inside your gut so you can effectively treat it.

As you know, my motto is always test don’t guess.

I’m here to guide you through the process of testing, discovering what’s going on inside your body, and then implementing natural treatment methods to transform your health.

If you’re interested, click on this link to schedule a free consultation where we can talk about your needs, goals, and what my program offers.

Prev:  Bloating, Brain Fog, and Bowel Trouble: It's Not Normal
Next: 5 Tips for Natural After-Workout Recovery